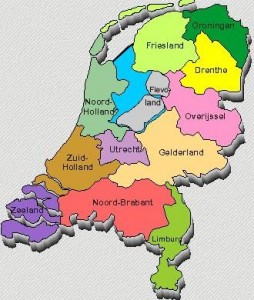 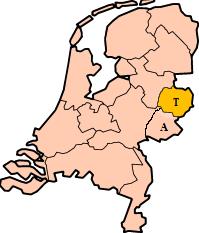 T = Twente (part of the Dutch province of Overijssel)

A = Achterhoek (part of the Dutch province of Gelderland) 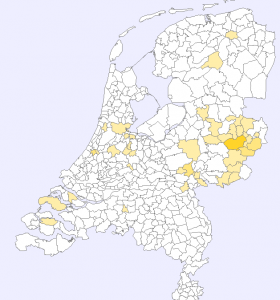 Distribution of the name Nibbelink in 2007

So, most (if not all) recorded Varsseveld-church-based family tree branches begin with persons, born after that day, where data about their ancestors (incl. their parents) and elder brothers and sisters can mostly be estimated/guessed only.

The Laurentius church was rebuilt and reopened in 1728. (painting around 1730) 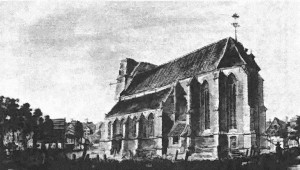 In Dutch books about Heraldics, the following formal description is given: “The Crest is in silver, a tree trunk of natural colour with two branches with leaves and standing on a grass field. Above the tree a flying pigeon” 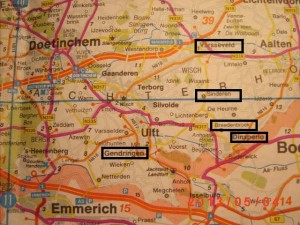 Part of the Achterhoek (province of Gelderland) with the villages of Varsseveld and Sinderen, 1.5 miles apart 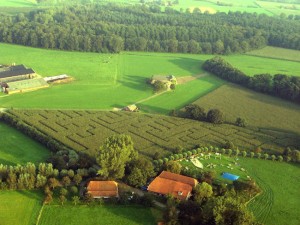 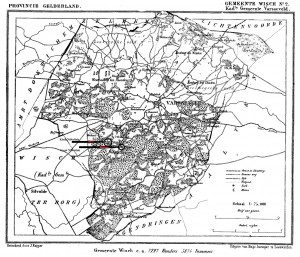 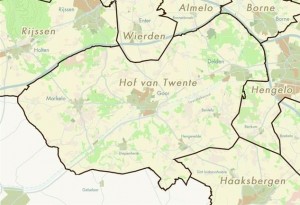 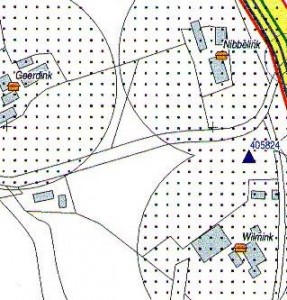 Historic/archeologic location of the Nibbelink farm in Azelo/Delden (since late 19th century, the farm does not exist anymore – destroyed by fire?)